I had watched the forecasts for the weekend eagerly as it had become rare to expect a flyable weekend. By the time Saturday morning had arrived, it was indeed on at the Dyke. My interpretation of the forecast suggested an early start was required to avoid the crowds of paragliders expected later in the day as the wind strength reduced. This was a feeling shared by other hangies.

By 09:30 I had rigged my glider. The wind was a moderate north-westerly and the sky was covered with high level cloud which I envisaged would supress thermal activity. With two video cameras attached to the glider, one positioned on the A-Frame set to automatically take photographs every 20 seconds, and the other positioned on the glider's keel for video, I was ready for launch. I had no specific objectives for the day, only to enjoy myself and possibly practice top landings. 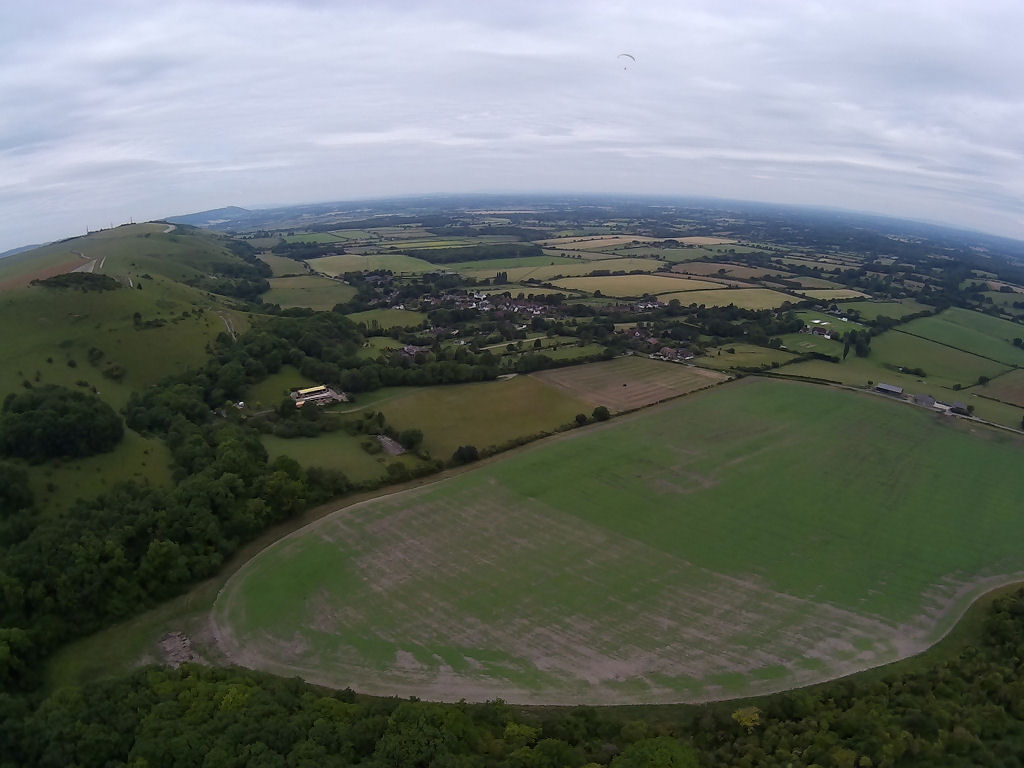 After I had self-hang checked I made my way to launch. For the most part the sky was clear. A couple of paragliders were airborne along with two hang glider pilots. The lift appeared to be focussed on the north westerly face of the Devil's Dyke so the Truleigh Run was off the agenda. Around me many other pilots were going about their business of readying their gliders; it was going to get busy, so I launched and joined those in the air.

After a couple of beats back and forth along the ridge I had detected the presence of small, but notable thermals. I used these by employing a series of not so efficient s-turns to climb 300ft above the ridge. I struggled to stay with them; in part due to one particular paraglider that seemed to effortlessly climb in them without performing 360s; this caused me to prematurely cease my orbits of the thermal and subsequently lose it. Eventually I pushed out front to find airspace and although I made some better climbs, I failed finding anything significant. 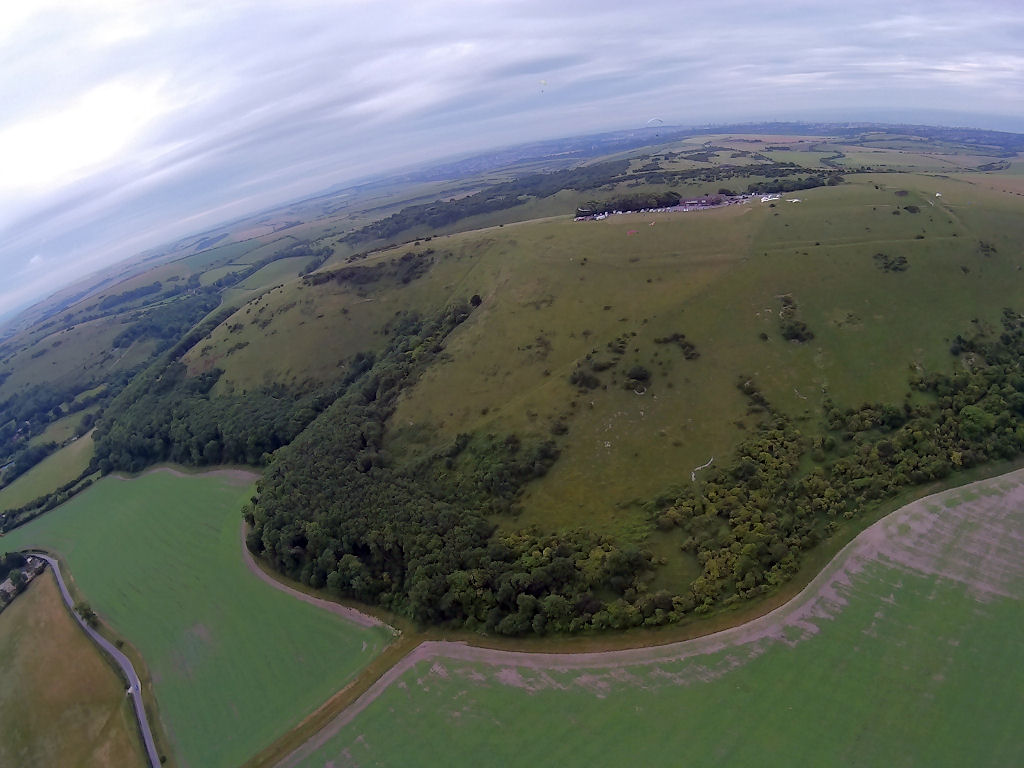 Luke Nicol was out with Airsports Sussex doing tandem flights on his rigid wing. At one point he swooped beneath me in an overtake manoeuvre that gave his passenger quite an experience; I saw him glance back up at me with a cheeky smirk on his face which I acknowledged with a wave!

After 20 minutes aloft, more and more hang gliders and paragliders had taken to the skies and the airspace had become more congested. I was still comfortable with this but noted that there were also some red ribbons amongst them so decided to top land. 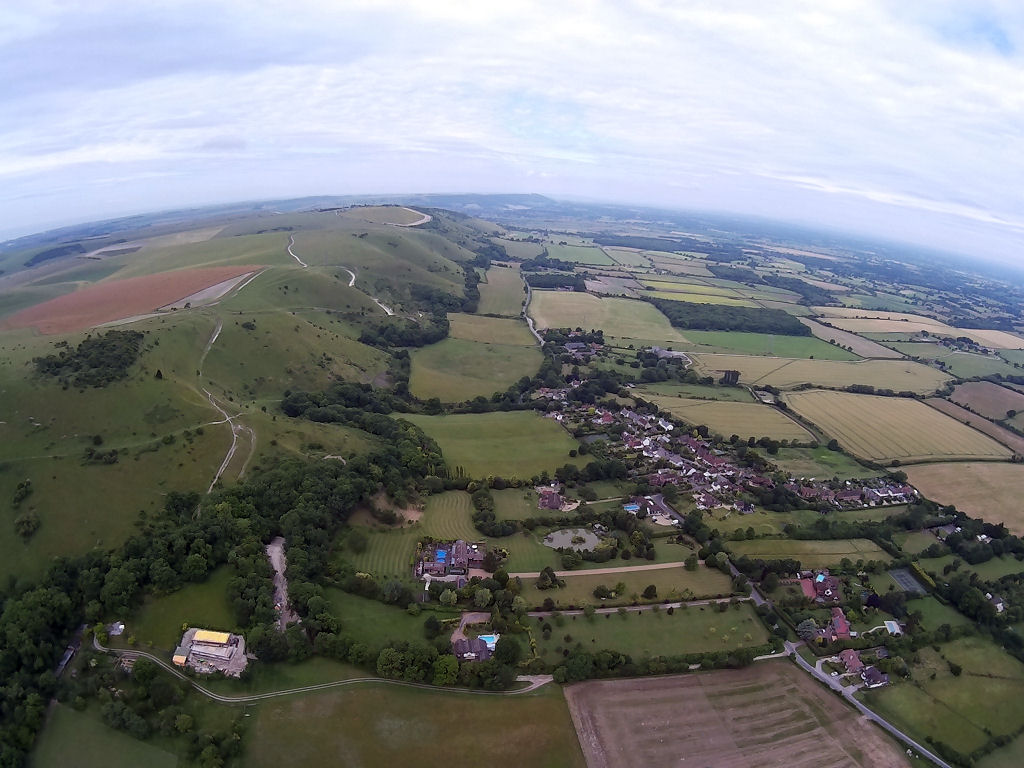 Truleigh Run
Soaring above the Devil's Dyke and looking down the Truleigh Run towards Truleigh Hill.
1 Jul 2017

I always become nervous top landing at the Dyke, especially the Paddock area as it can be a very busy area and isn't the largest or most forgiving of landing fields. For these reasons I elected to land in the large field behind the earthworks. Below, Ben had already landed there so I decided to join him. I made my approach a little lower than I would normally do, but this was adequate for a safe and uneventful top landing.

As the day progressed, the conditions improved with the sky clear and the formation of beautiful cumulus clouds. As I had suspected, the skies became filled with large number of paraglider and hang glider pilots. Occasionally, a thermal would hoover a large proportion of them thousands of feet into the skies and the ridge would become clear inviting others to launch. I did consider a second flight myself, but as with all things, things that go up must come down. Those that did not get away with the thermal would return to the ridge and it would become congested with each passing lift cycle. 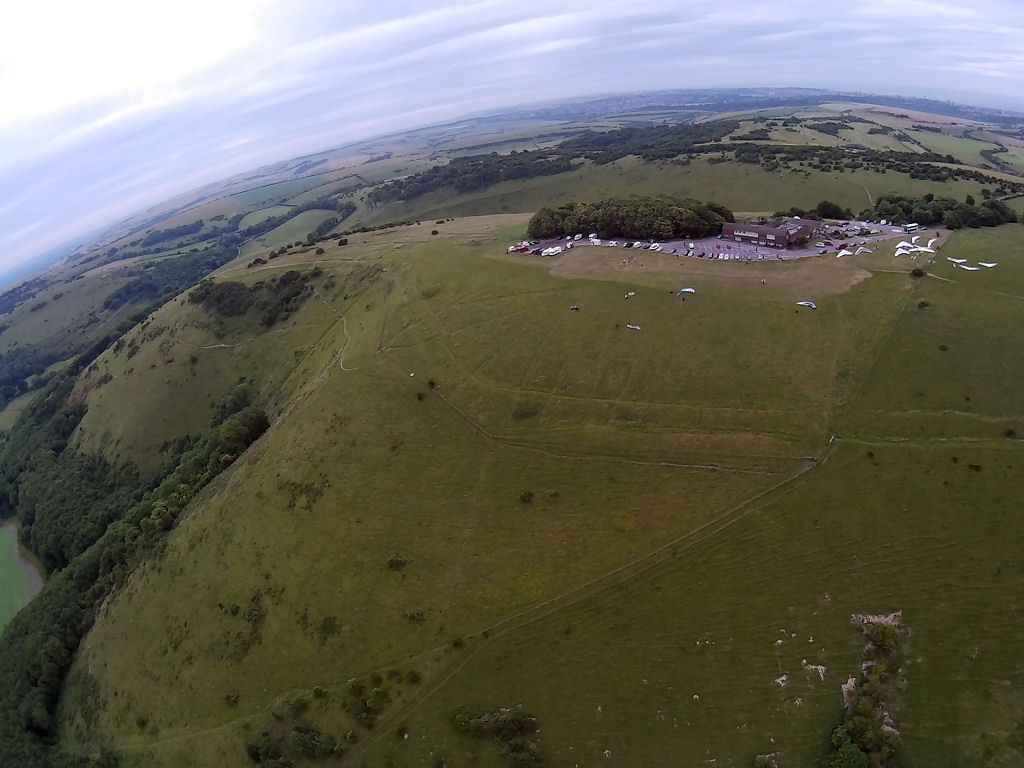 This set the trend for the afternoon and I must admit, although tempted for a second flight, I didn't fancy it. Those that had launched had mixed success; they either got up or went down to the bottom landing field. For me, it was time to return home, besides, I was eager to see what I had managed to capture on the cameras! 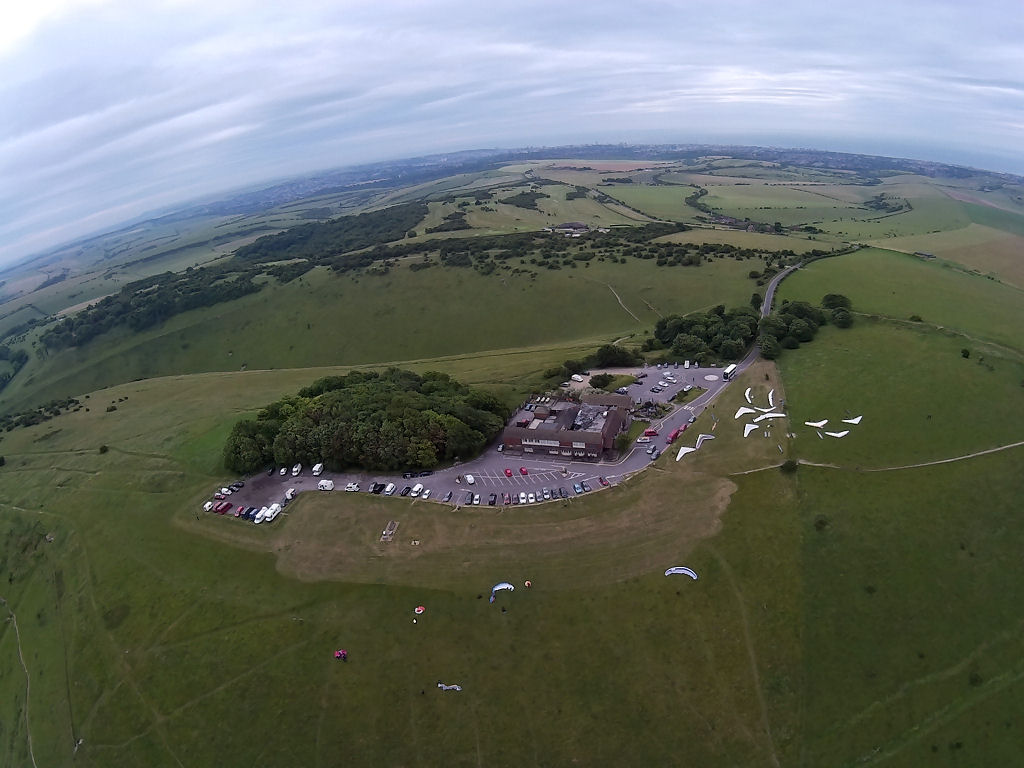 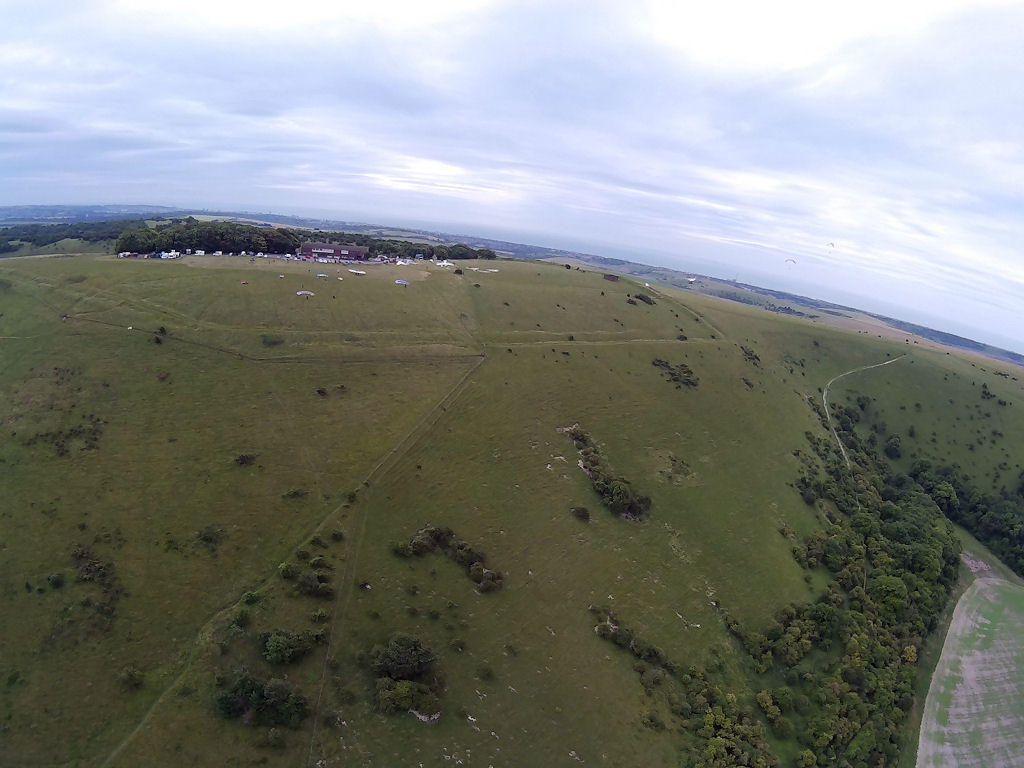 An Early Flight
An early flight at the Devil's Dyke with friends. This short video captures the highlights of my 30 minute flight at the Devil's Dyke. I opted for an early flight as the wind was forecast to drop off and I assumed many paragliders would be airborne later in the day. This was my strategy to avoid flying with the crowds. Also, you may notice a new camera on the right upright. This is the SJ4000 and it was set to take a photograph every 20 seconds. It produced some pleasing results! Not bad for a cheap camera!