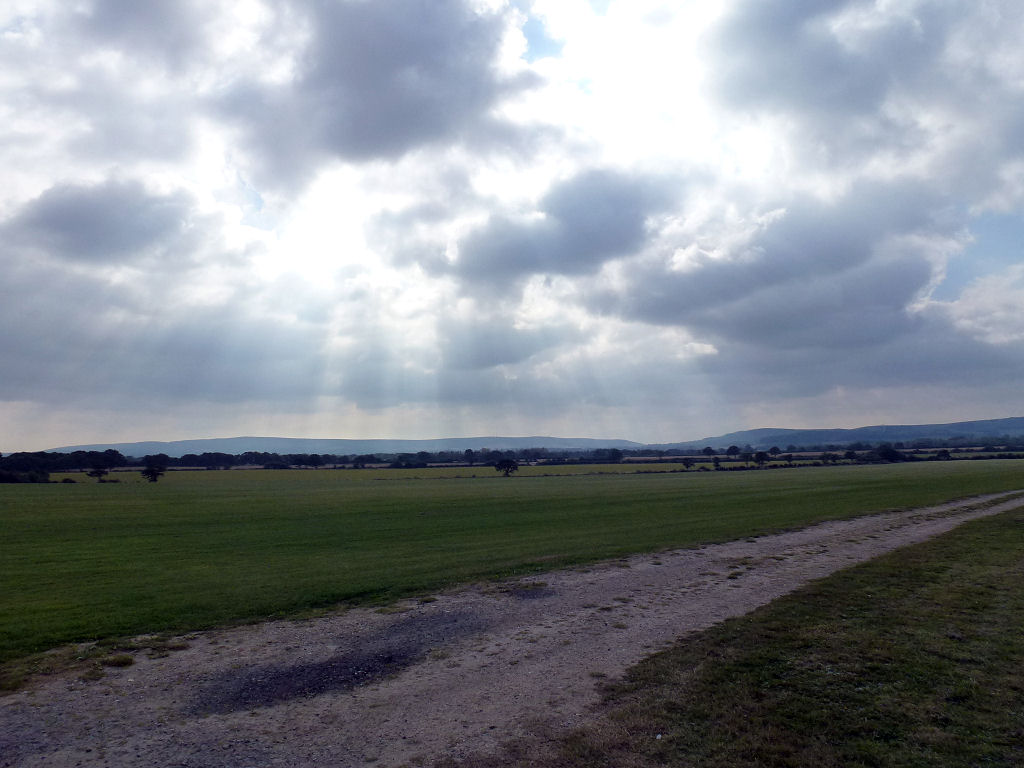 Ringmer Gliding Club want more use of their field. They also want some new people to invigorate their club. Perhaps having us there will bring in some new interest. Our Southern HG Aerotow club need a bigger field to operate in more wind directions, a field with better prospects in the event of line breaks, tug engine failures, and such eventualities. We'd also like use of their storage and clubhouse facilities.

They anticipate a fair bit of resistance from some of their members but reckon they can deal with this. Most of their top bods want us there. So tomorrow (7 Oct 2016) is this "pre-Trial" session. It's not the main event; it's our "foot in the door". Our hope is they like us, and what we do, so we can arrange the main "Trial" on one of their club days. Again, this main Trial is just for a small group of us to show the wider club what we do.

All being well we'd like permission to use their field on the days when their club is not active. Both their CFI (Adrian) and ours (Ozzie) are very positive that we can even operate together on any day. However it's one step at a time and we'll see what happens. 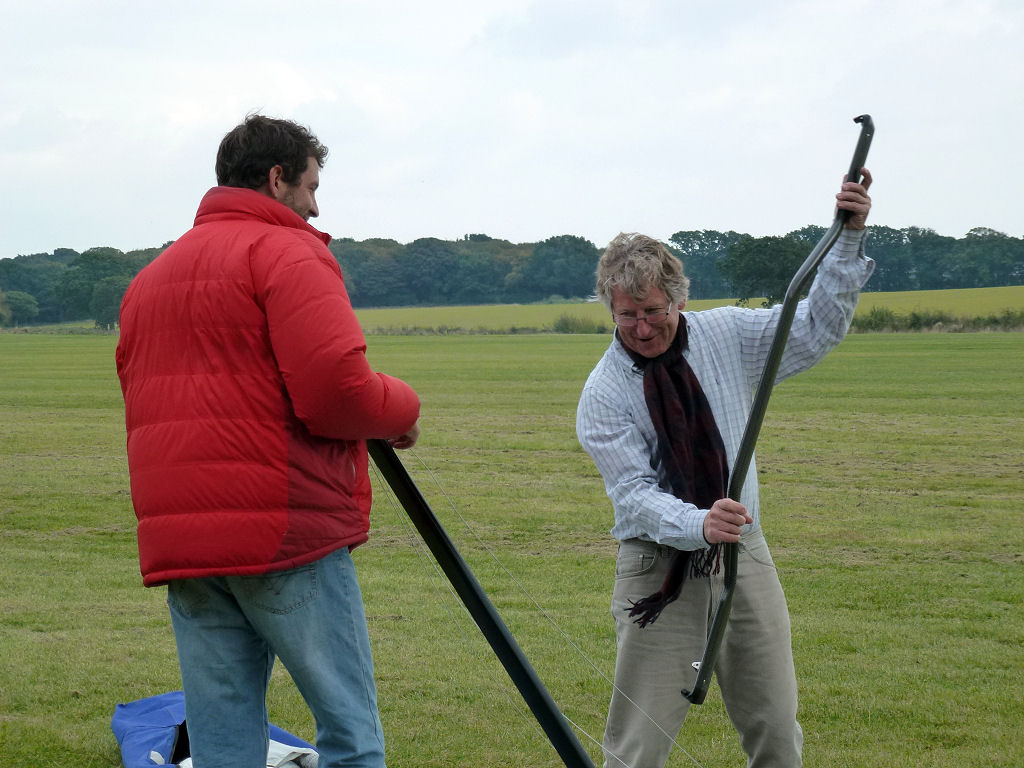 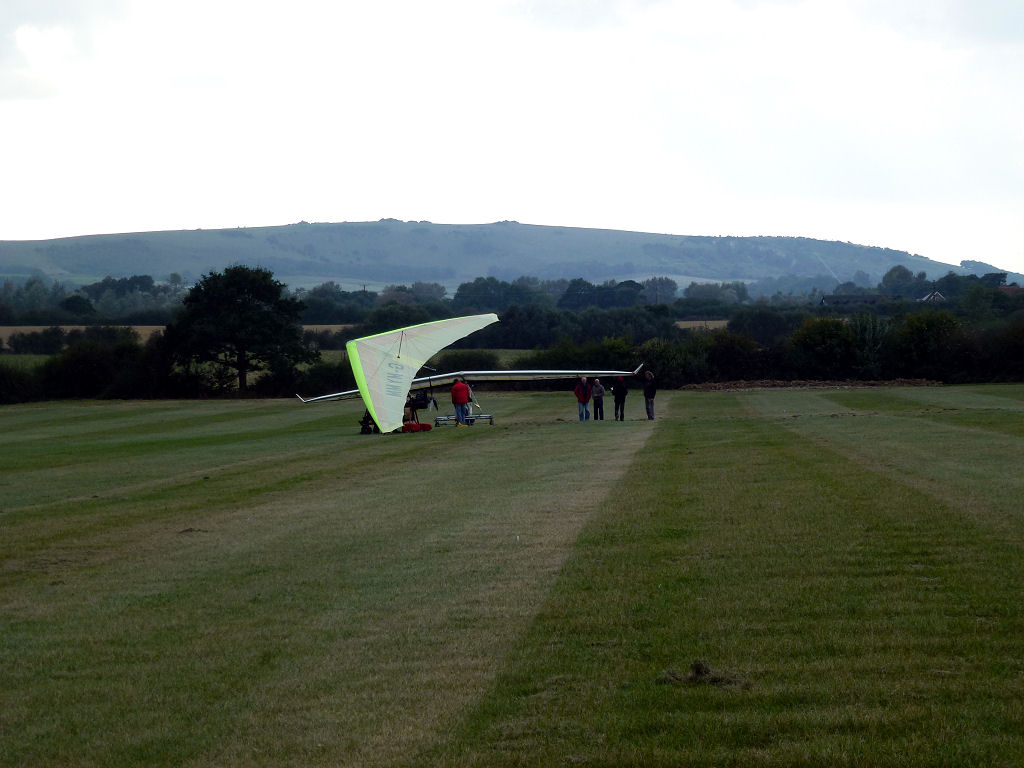 First Aerotow of the Day
Ozzie getting ready for the first demonstration aerotow.
7 Oct 2016

It was a great turn out, with everyone arriving around the agreed 1pm meet up. Our tug pilots were Nigel Power and Rodric Hemming, piloting their hang gliders were John Birchall, Johnny Carr, Ozzie Haines, Richard King-Davies and Luke Nicol with John Barratt as coach and Dan Hamblin helping. We were invited to help ourselves to tea and coffee in their club house and briefed on the site rules. Due to insurance reasons, cars needed to be left in the car park, but we were able to drive to the southern end of the airfield to drop our kit off ready for the demonstration. 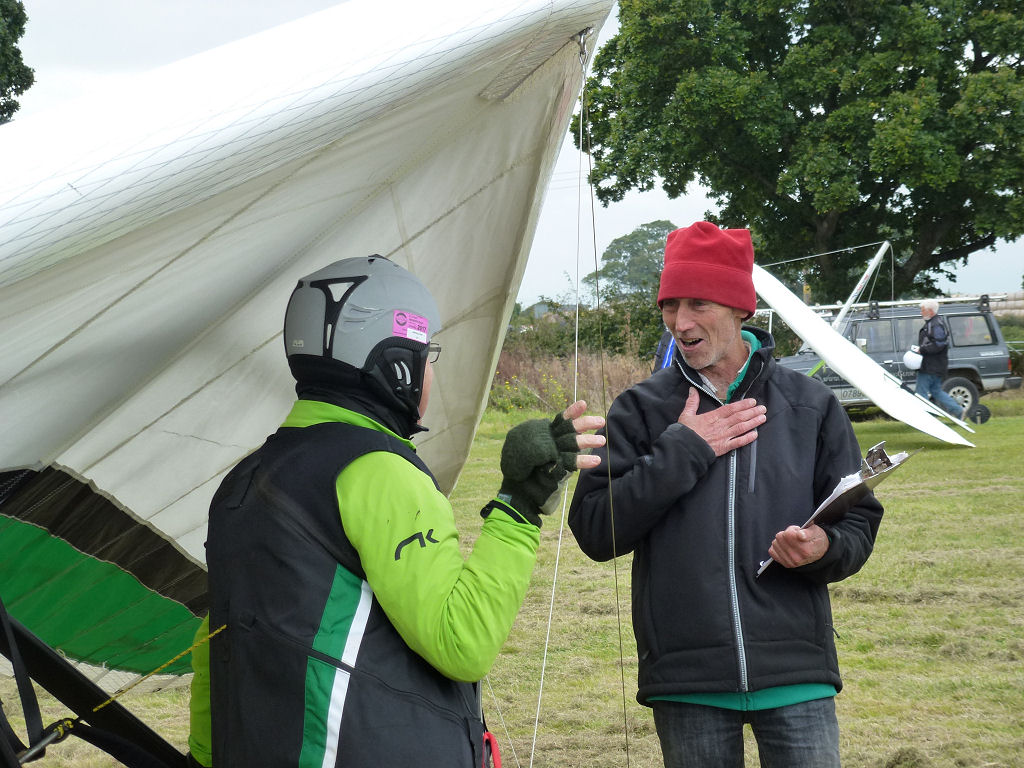 There were a number of representatives from the East Sussex Gliding Club, including their chairman. They discussed circuits to be used for landing approaches which was a little amusing for the hangies with a significantly lower glide performance to that of a sail plane. That said, everyone did their very best to adhere to the plan. 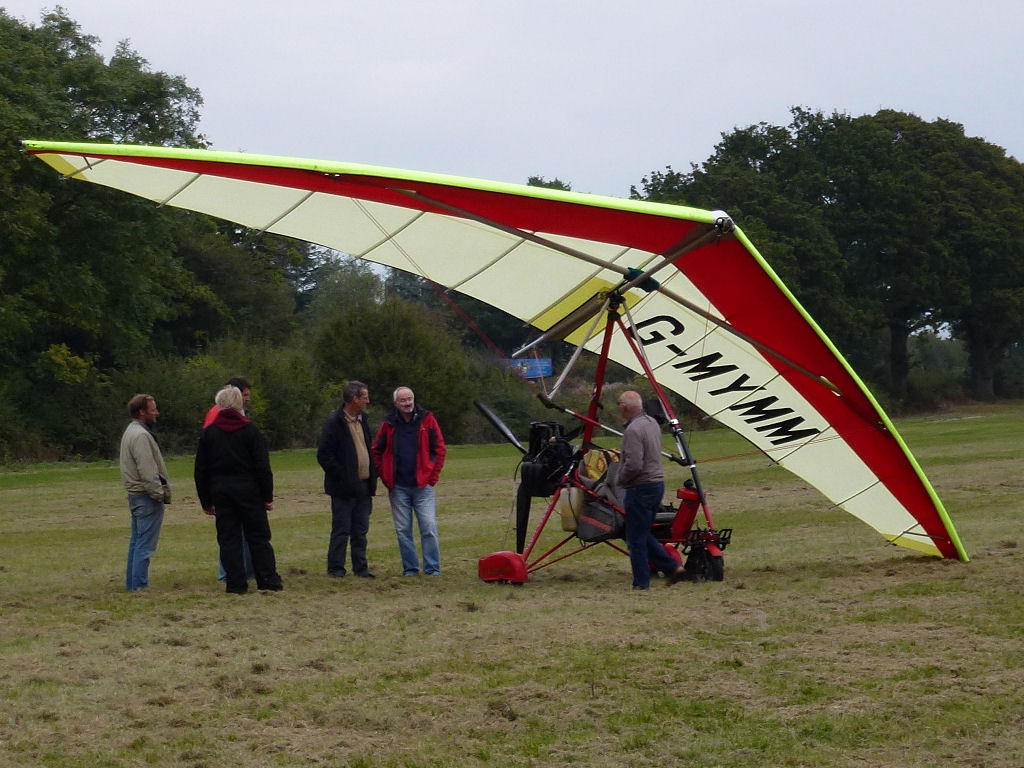 In total there were 7 aerotows on rigid wings and flex wings and it turned out just a like a typical aerotow day. The gliding club representatives were impressed by how quiet our tug was and the climb rate of it. As the day drew to a close, the chairman of the gliding club was treated to a ride on the tug and the day was concluded. There was certainly a very positive feeling from all parties and in conclusion, it was a successful afternoon. 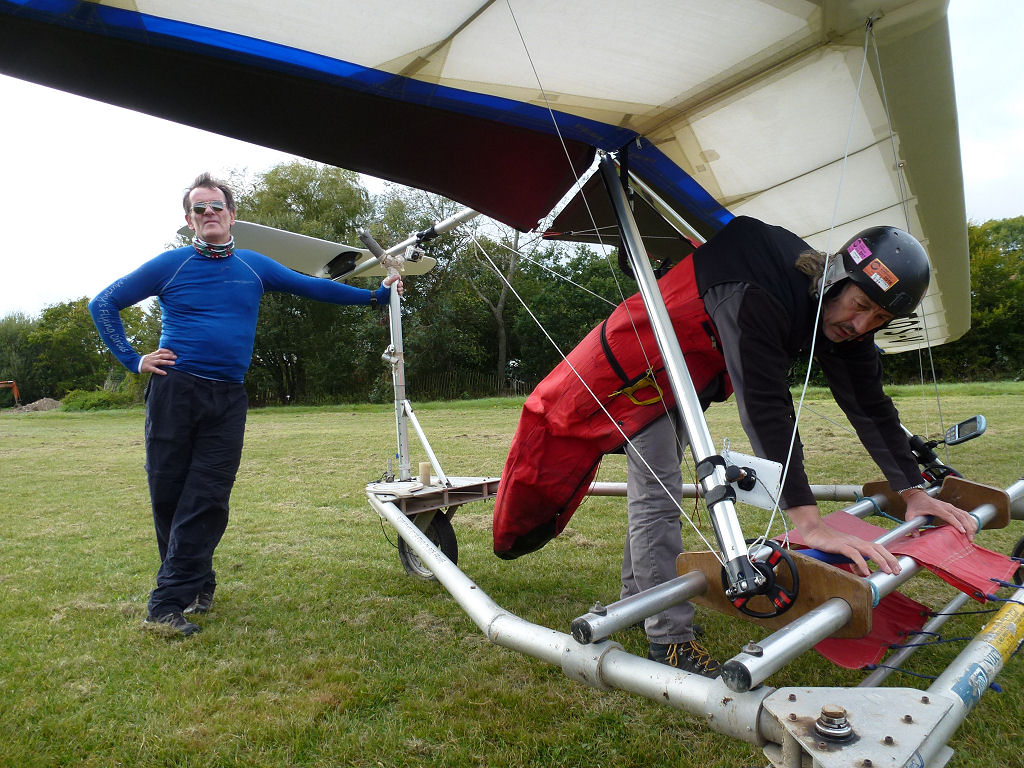 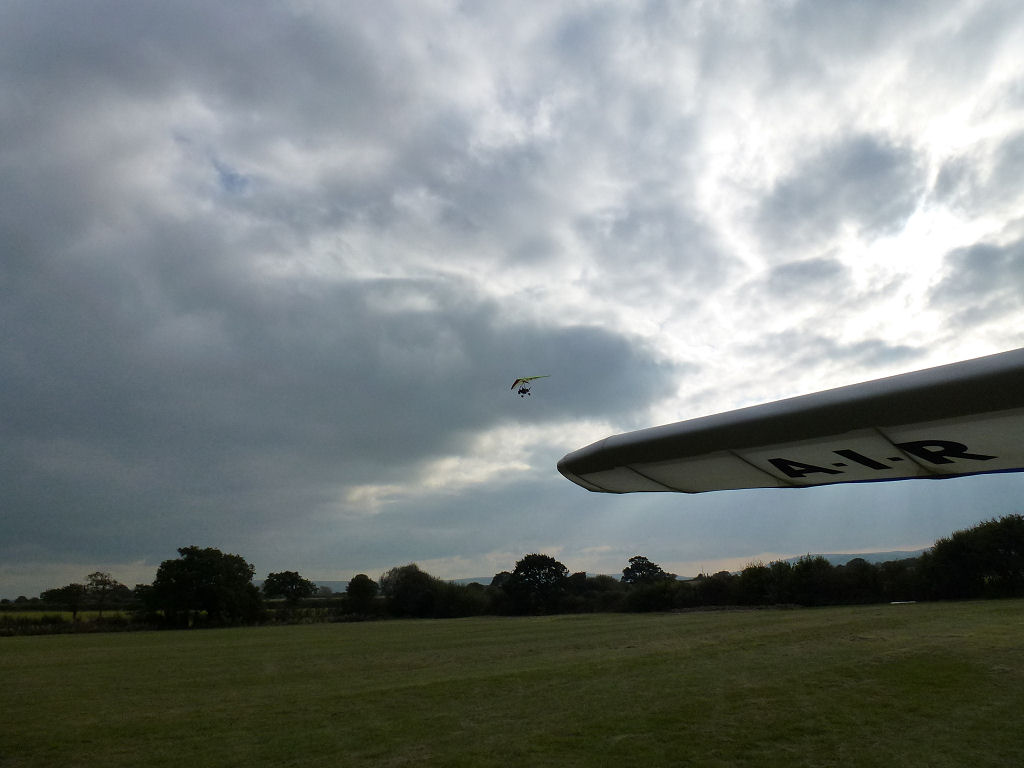 Tug
The tug returning for landing after a successful tow.
7 Oct 2016 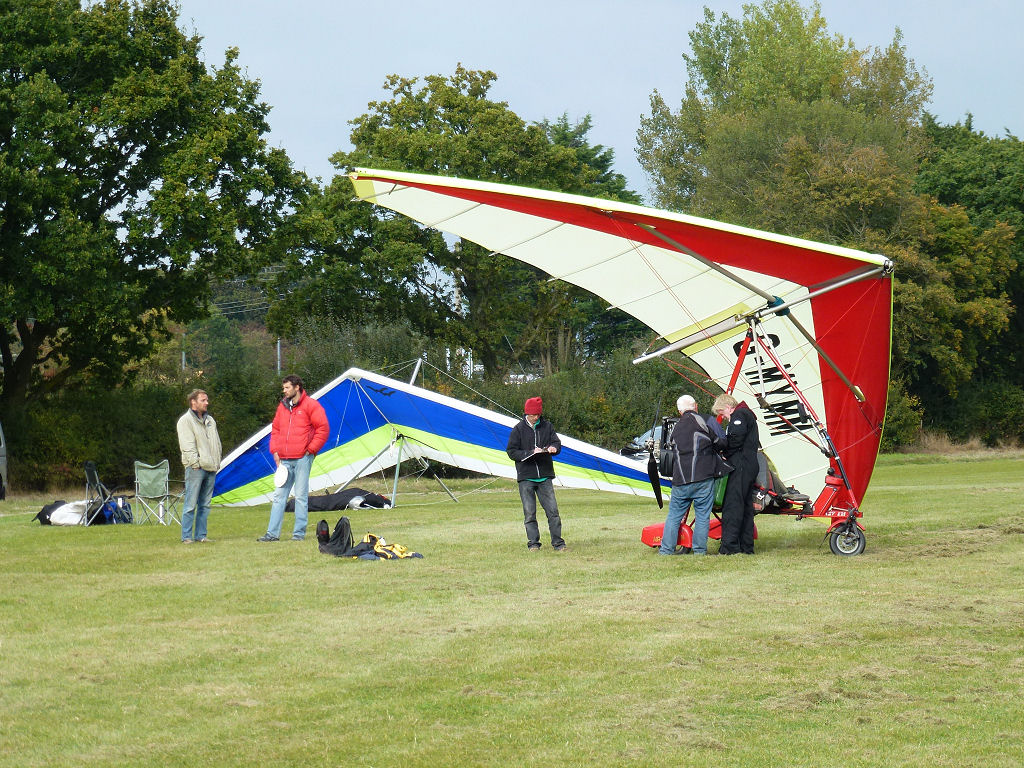 Glider and Tug
John updating the paperwork after another successful tow.
7 Oct 2016 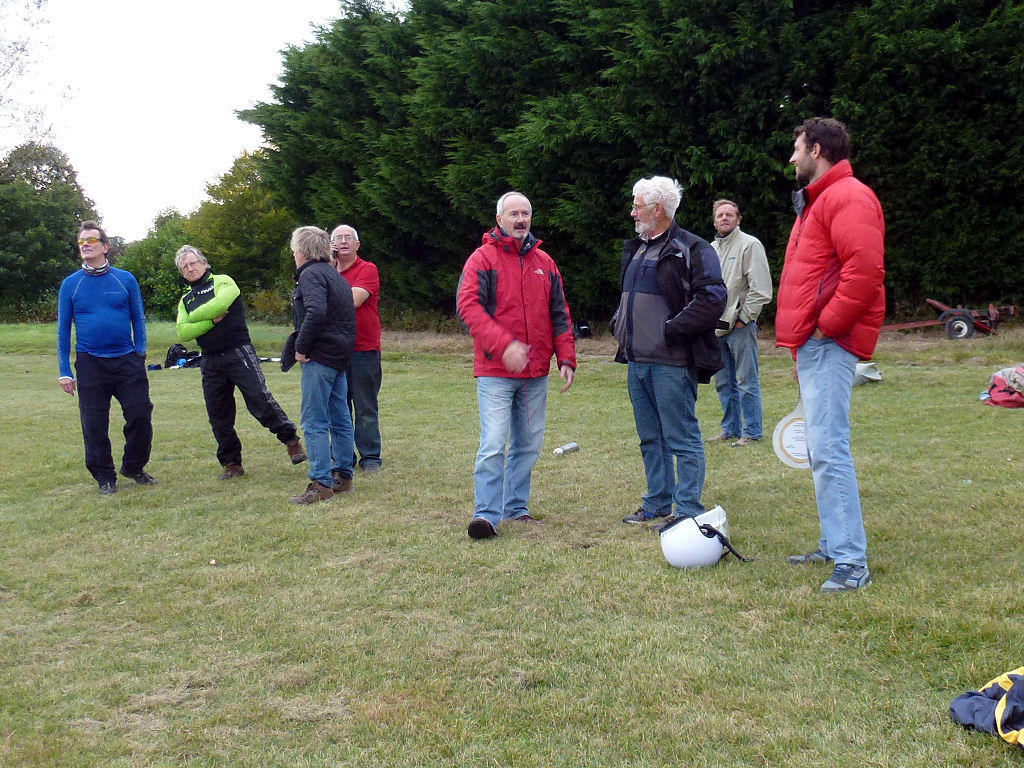 The Team
Members of the East Sussex Gliding Club along with the Southern Aerotow Group membership.
7 Oct 2016 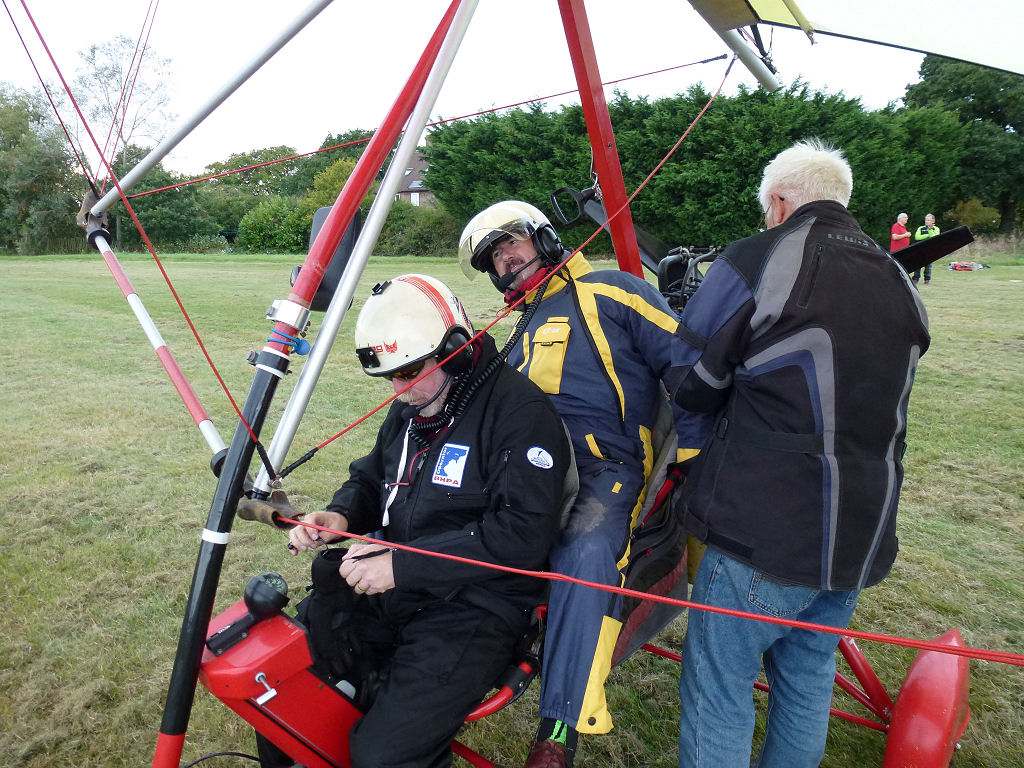 VIP treatment.
The chairman of the East Sussex Gliding Club is treated to a flight in the tug.
7 Oct 2016