Hard Going at the Dyke

I flew last weekend and was very happy with the U2 so when I saw this Saturday's forecast, I thought there would be a good chance I'd get out on it again, although the forecast looked on the high side of flyable! I had also discovered that my new harness was fitted with one of the suspect AustriAplin recalled karabiners (identified as II AUSTRIALPIN CE 0511 II). I therefore decided to source a replacement from Firebird UK. Simon Murphy provided his usual exemplary service, and the karabiner was ordered on Friday and delivered to my home on Saturday morning, just in time to fit it to the harness before departing for the Dyke! Thanks Simon! 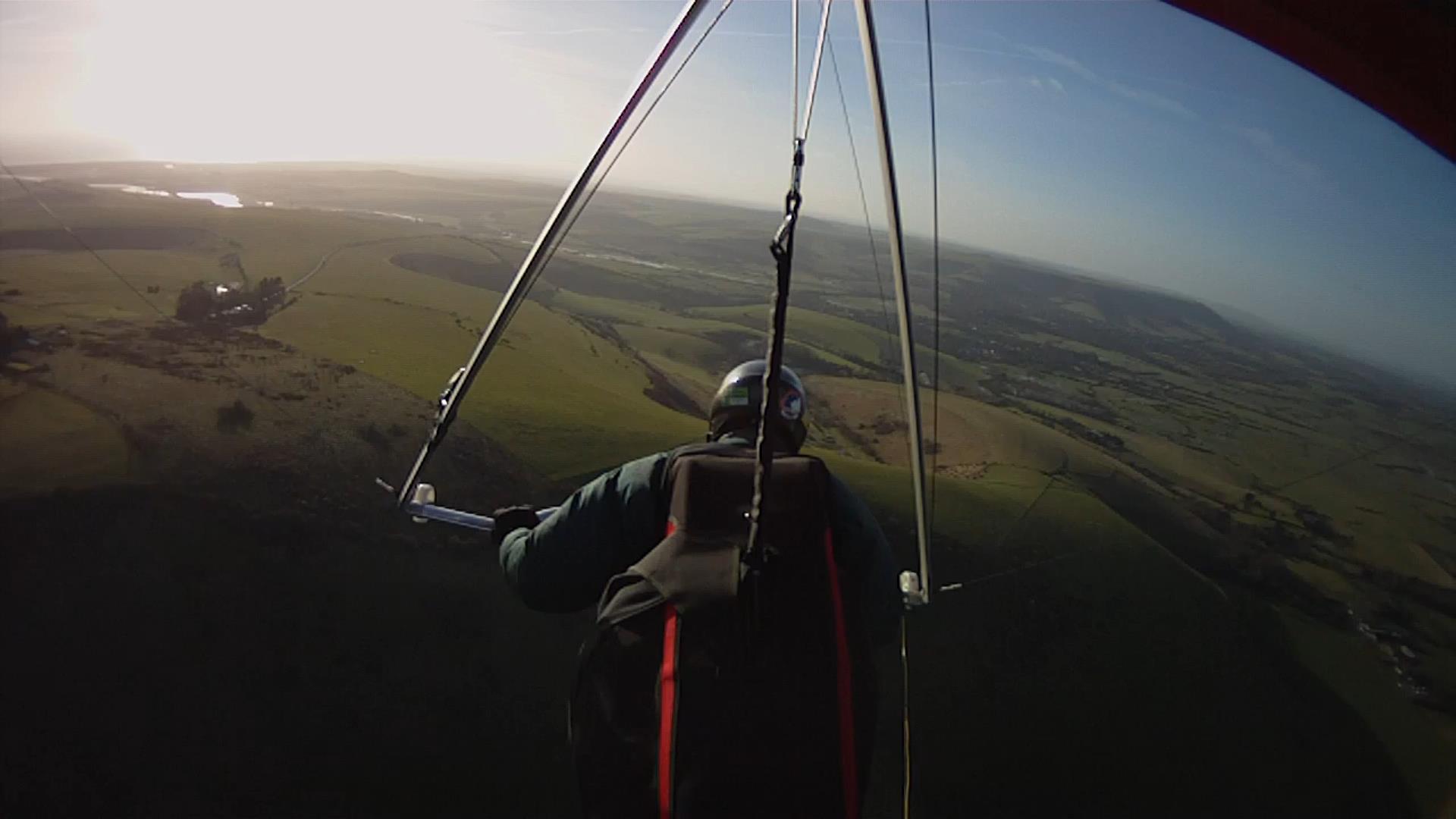 View of the Adur
A lovely view of the river Adur from above Truleigh Hill as the sun begins to set.
24 Jan 2015

I had a slow start to Saturday as the forecast predicted the winds would drop a little by the afternoon. I arrived at the Dyke for 13:00 and already gliders were in the air. There's wasn't much in the way of cloud but the wind was strong, so I decided to flat rig the U2. That meant the lovely crisp shiny new sail was going to get muddy! I guess that was a price worth paying to fly it!

By the time I was ready most pilots were in the air so I did a self hang check and made my way towards the front of the hill. As I approached the front, the wind increased and the glider jostled around above me. A fellow pilot took sympathy and assisted me to the front and offered an additional hang check. I never turn those down, so had another hang check then composed myself for launch.

I launched then turned right and headed to the modellers bowl. When I reached the end of the flyable part of the ridge I reversed my turn and hit a horrible hole in the air. The left wing dropped and the glider dived to recover. By the time I had put a corrective weight shift in the event was over and I was now headed towards the bowl. 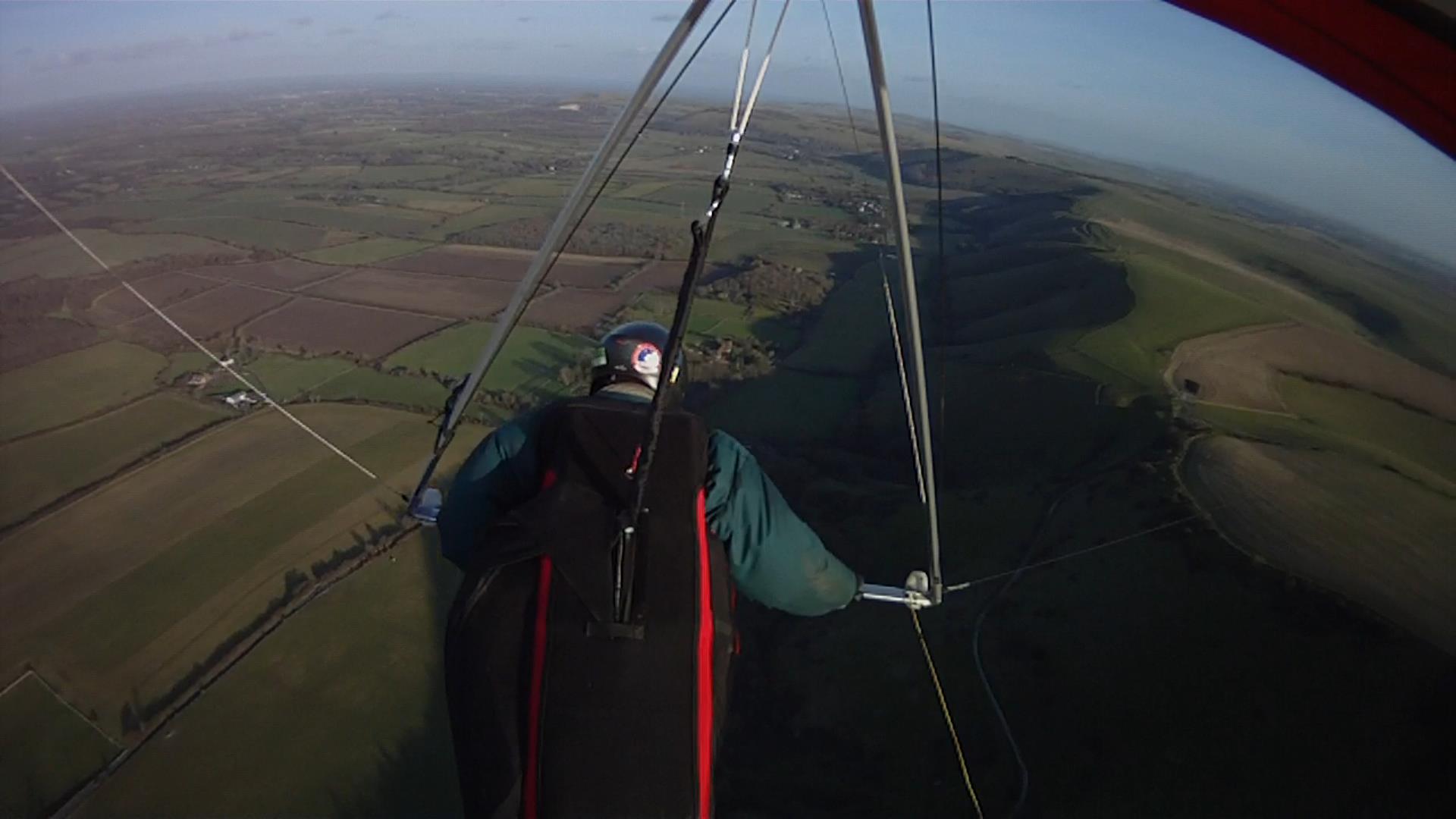 The air was rough in places and I found I had to add constant corrections to maintain straight and level flight. The worst air, as I discovered, was to be found in the lee of each spur forming the series of bowls heading towards Truleigh Hill. To avoid this, I had to fly further out from the ridge than I would normally. The net result of this was limited lift. 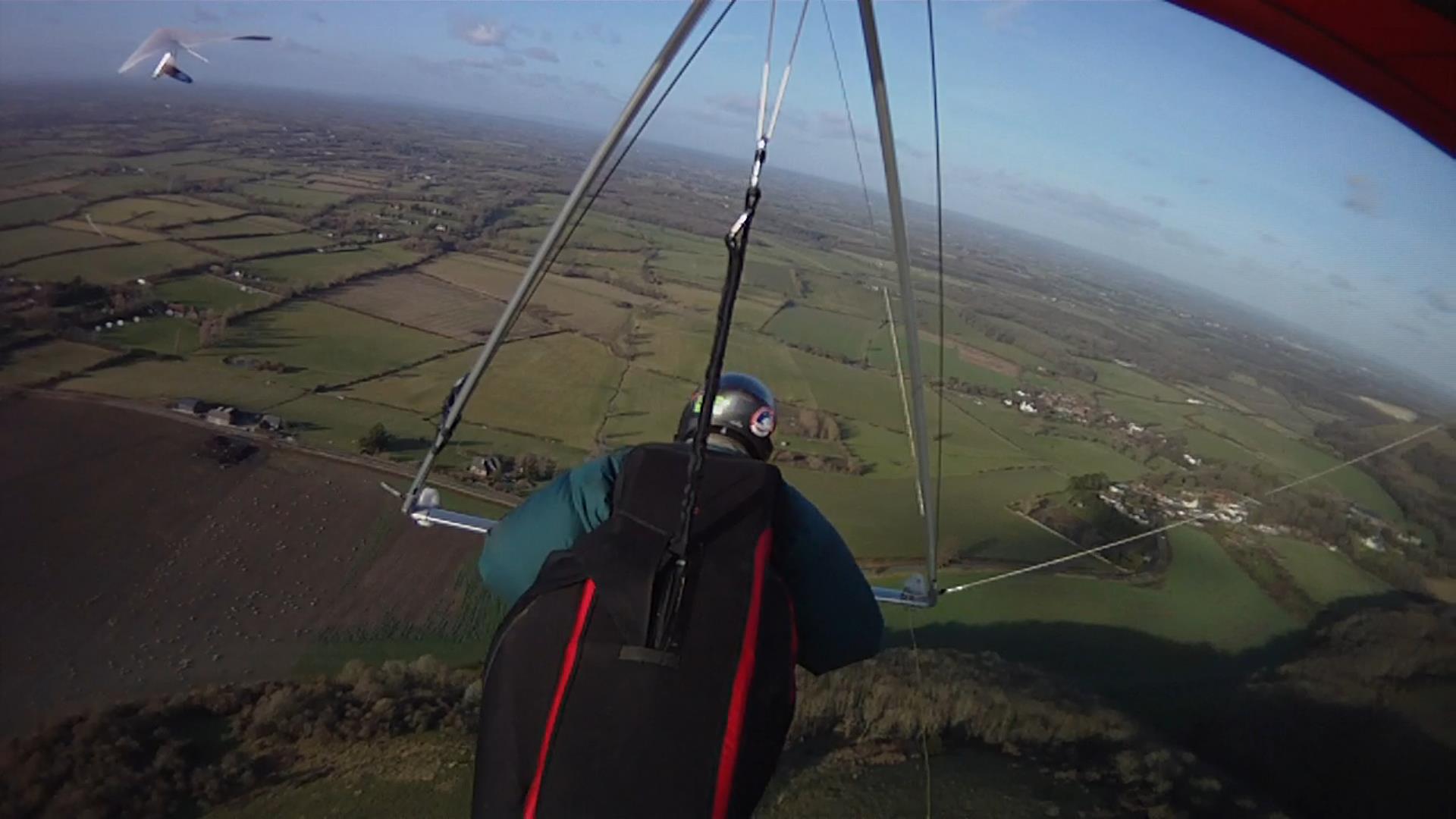 Passing Glider
Passing behind a glider at the Devil's Dyke on a strong north westerly windy day.
24 Jan 2015

I tried to get to Truleigh Hill several times. With a strong westerly component in the wind, my speed across the ground heading westwards was slow. On my first attempt I bottled out before crossing the pylons as I wasn't confident I was high enough. On my second attempt I hit some serious sink two bowls short of Truleigh Hill and I seriously contemplated landing at the bottom somewhere! On my third attempt, although being at ridge height and sometimes just below, I pushed on. I sneaked around the final spur in sink, but as I hit the west facing side of it I was rewarded with some much needed lift. 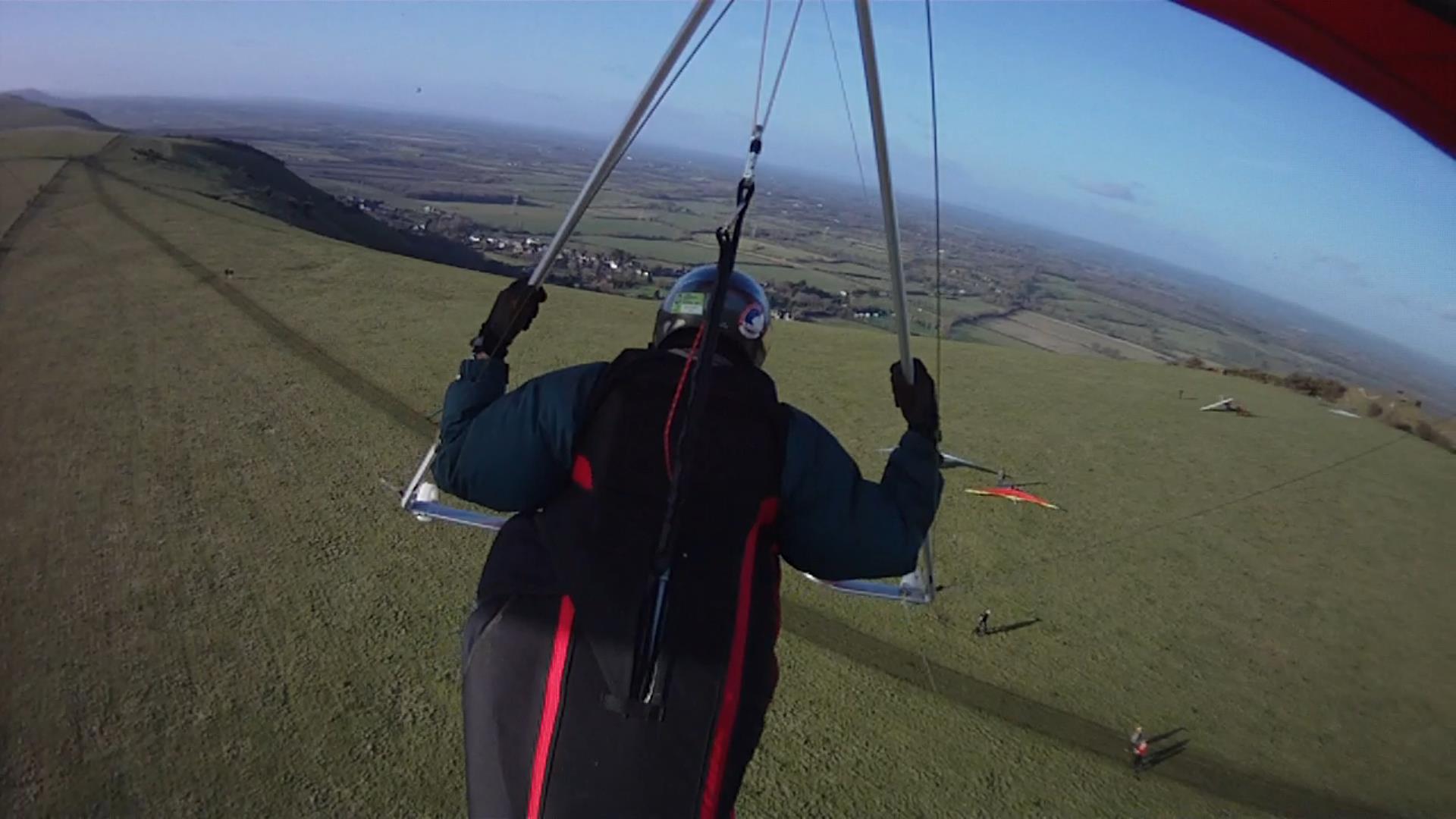 Landing
Landing at the large field at the Devil's Dyke and wondering what the walkers are going to do as they walk directly to the point I intend to touch down.
24 Jan 2015

Truleigh Hill has always been a lift magnet for me and today it didn't disappoint rewarding me with the best lift of the day. When I was high enough I decided to return back along the ridge to the Dyke. It wasn't smooth flying and as I fought the bumps in the air my muscles were beginning to complain. It was certainly hard work and as I reached the Dyke I could see that most of the hang gliders soaring here were either headed for landings or were low. Being high enough myself I decided on an easy top landing in the large field. As I turned on to my final approach I was aware of a couple walking directly to the area I was going to touch down. I was amused as they looked up at me and continued to head to my intended landing spot. I nudged the glider left to avoid any possible conflict then gently touched down.