Flight 1: U2 160; Devil's Dyke; 0h 03m; 0ft; After hours of waiting around (having arrived at 8am); the skies filled with paragliders. I decided on a top to bottom. With a touch of east in the wind, timing take-off was critical.

Disappointed is the best word to summarise the weekend; Saturday was forecast to be an epic but as the week progressed, the wind forecasts were continually revised upwards and when Saturday arrived, it was blown out (although one pilot did brave the skies!). The Sunday forecasts suggested an early morning start would be required to get the best flying with the wind reducing in strength and backing from a north to a north west by the afternoon - perfect for the paragliders! 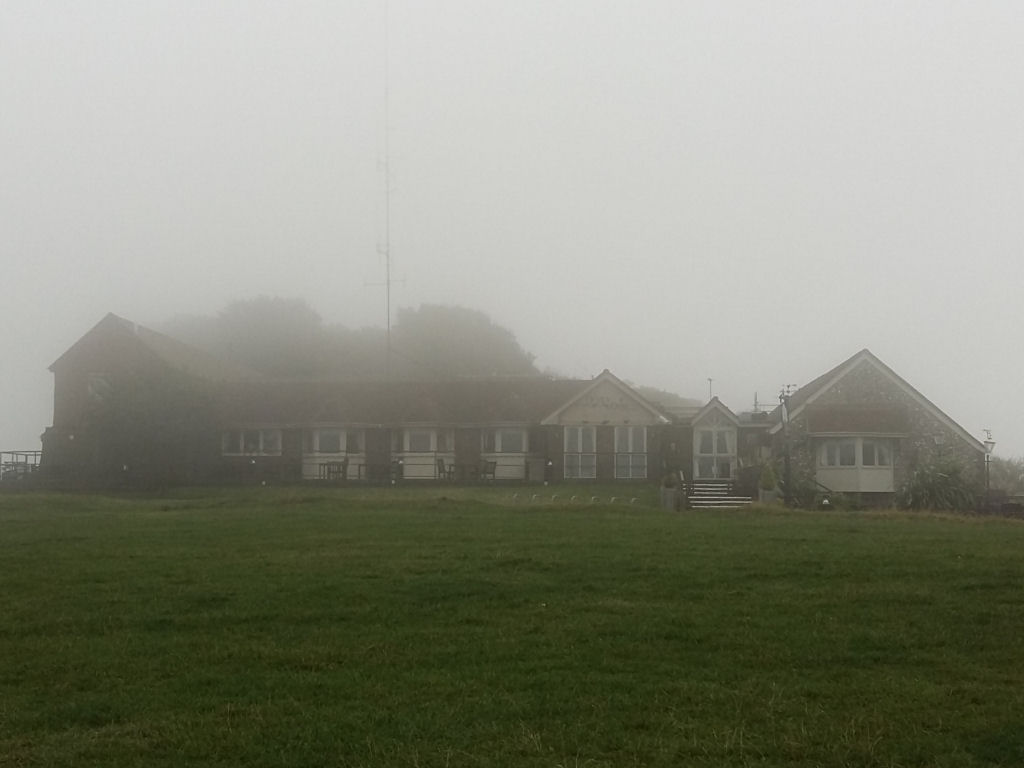 Misty Start
On arrival at the Devil's Dyke just after 8am, the top of the hill was dipping into the bottom of the clouds.
18 Sep 2016

My Sunday morning started with an early alarm call. I had prepared everything the night before so was able to get to the Dyke for 8am. Unfortunately, the top of the hill was enveloped in cloud so there would be a wait for the cloud to lift. This gave me plenty of time to get my glider rigged and while doing so, I watched a few paragliders that decided to fly the misty conditions but barely getting above the ridge. As the morning unfolded it became apparent that the wind had developed an easterly component and that taking off from the pub spur would be a challenge. 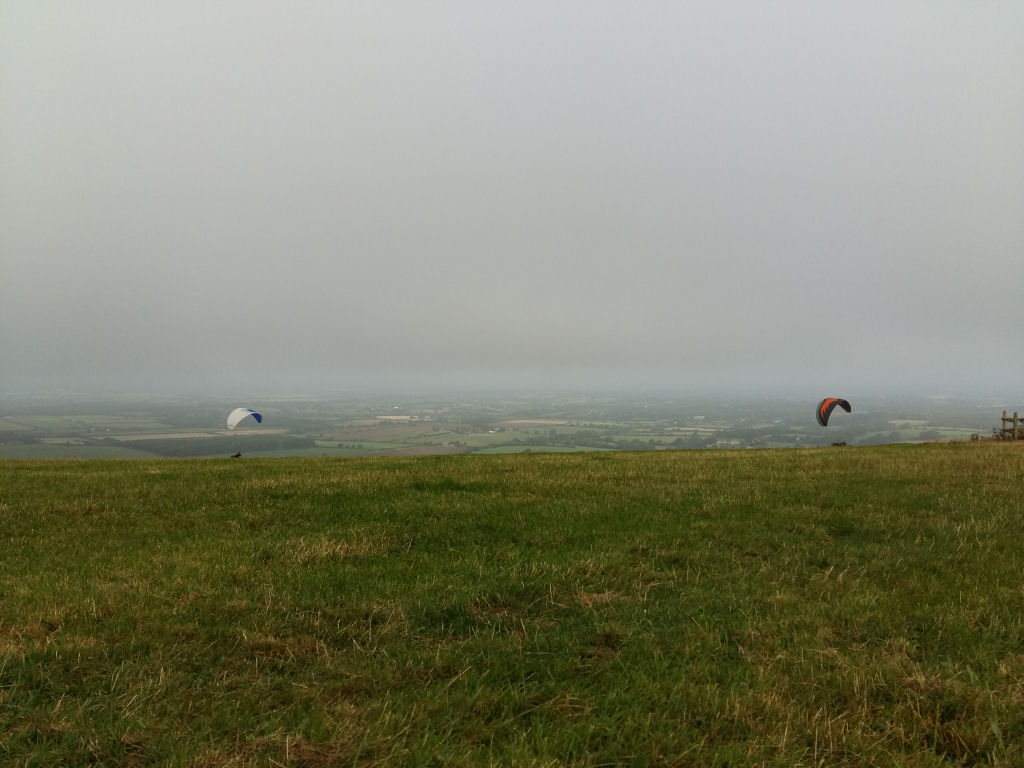 By noon, the clouds had lifted and the skies had filled with paragliders. A few hang gliders had also taken to the sky but I was still rusty and didn't particularly want to scratch around in the weak lift band with the many paragliders already airborne. Eventually I had resigned myself to packing up without flying when I noticed South Downs Hang Gliding School had arrived. They were throwing students off for their first high level flights. With the prospect of not flying at all this weekend, especially after such a promising outlook, I decided on a quick top to bottom. 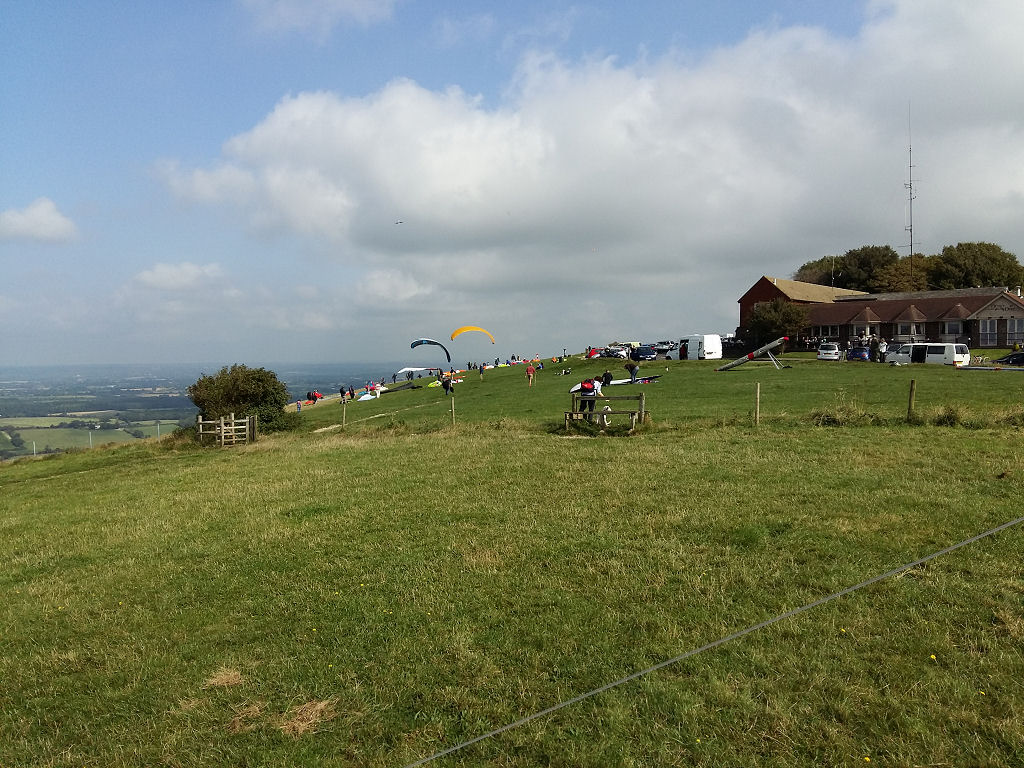 Clouds Lifted
The clouds finally lift and there is a buzz of activity as the paragliders being to launch.
18 Sep 2016

After I launched, I headed across to the spur on the west side of the bowl. I had observed throughout the morning that this had generally worked well. I didn't quite connect with it, mostly in fear of joining the swarm of paragliders just above it. When I reversed my turn, I was headed to the bottom landing field. Hang Waiting
Waiting for conditions to improve under a rigged hang glider.
18 Sep 2016

After landing, Matt from South Downs Hang Gliding offered me a lift back to the top with his students. I gladly accepted and de-rigged my glider as best I could in the available time. After collecting my car I returned to my glider, completed de-rigging it and returned home.

It wasn't the epic weekend I had hoped for, but at least I was able to fly and with another successful bottom landing I was happy, albeit a little disappointed! Still, it's all good practice! 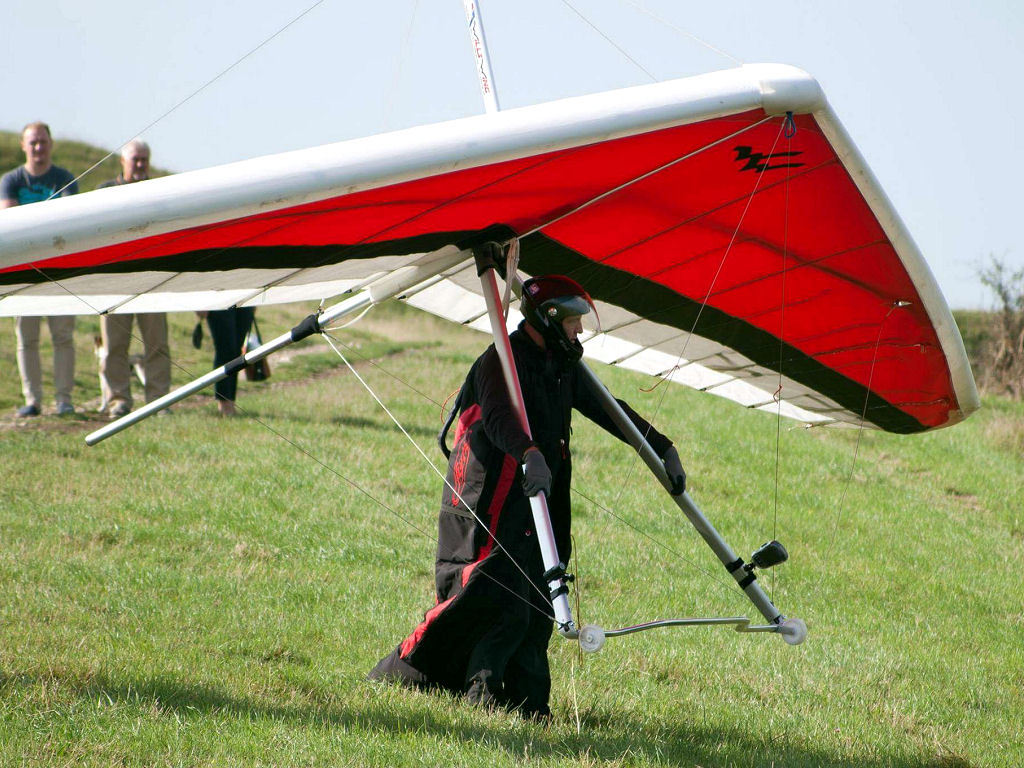 Dan
Dan trying to launch at the Devil's Dyke. With the wind well off to the north and plenty of paraglider traffic to contend with, finding the right time to launch took a while!
18 Sep 2016

Devil's Dyke Sled Ride
Not the most memorable of flights - this is a quick 3 minute sled ride at the Devil's Dyke (un-edited).