After such a long layoff, to be able to fly two days in one week was something that I couldn't turn my nose up at. Some had discussed flying on Saturday, but my interpretation of the forecasts was that it was likely to be blown out. When I arrived at Bo Peep on Sunday it was indeed confirmed, those on the hill on Saturday said it was too windy!

I had arrived late morning at Bo Peep and had expected to see hang gliders in the air but there wasn't a single one airborne. After I stepped out of my car I had an inclination as to why; the wind was again, strong! Unlike Saturday, the wind was forecast to drop off so after myself, Nicos, Scott, Cookie, Maciej and Neil had chatted we all rigged our gliders. 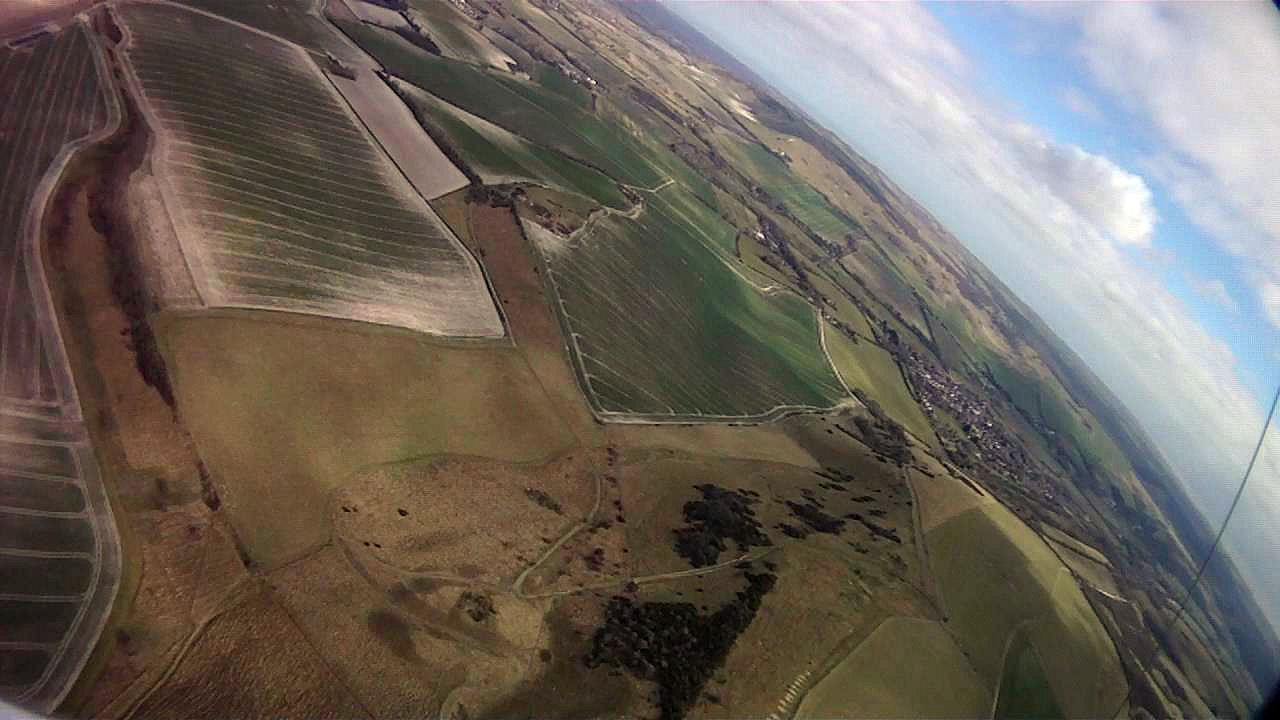 Maciej was first away after an interesting launch. This was his first flight since qualifying so was full of enthusiasm. Shortly after Scott launched then myself, and Neil a short while later. Once in the air I headed to the paraglider's bowl and connected with my first significant lift. I thermalled briefly with a kestrel and managed to record this on video; this is the only advantage to a helmet mounted camera - a little closer to the action. By the time I had completed my 360, the kestrel had passed under me and climbed above me - I suspect he was just showing off because he can!

After my climb I headed off to Firle Beacon - this is normally a good source of lift. Today however, the lift was poor and I arrived at the Beacon at ridge height and found myself stuck in the small bowl below it trying to regain enough height to safely fly back. I noticed Scott had attempted the Beacon also but had turned tail when he saw the predicament I had found myself in. Eventually my perseverance paid off and I was able to scratch back to the main ridge where I rejoined the other hang gliders. I had to pass the modeller's bowl and while doing so, noticed one remote controlled glider had passed just beneath me! 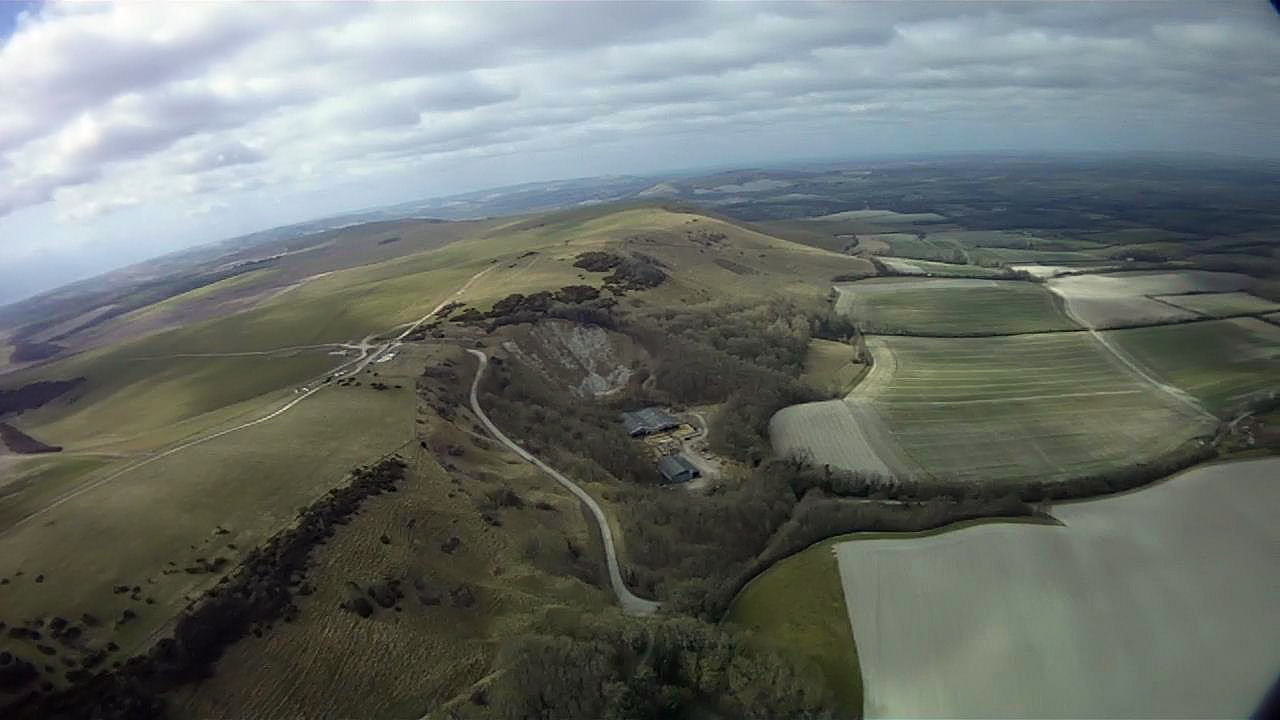 First Day of Spring 2016
Bo Peep from the air looking back towards the launch, quarry and Firle Beacon.
20 Mar 2016

Once back on the main ridge I was able to exploit the thermals that had bubbled through and was able to climb over 1000 feet above takeoff. I had been airborne for just shy of an hour and was beginning to ache - probably a hangover from my flight earlier in the week and my body not being conditioned to hang gliding after such a long layoff. I had decided it was time to land and opted for the easiest option and landed gently, just behind the paraglider's bowl. 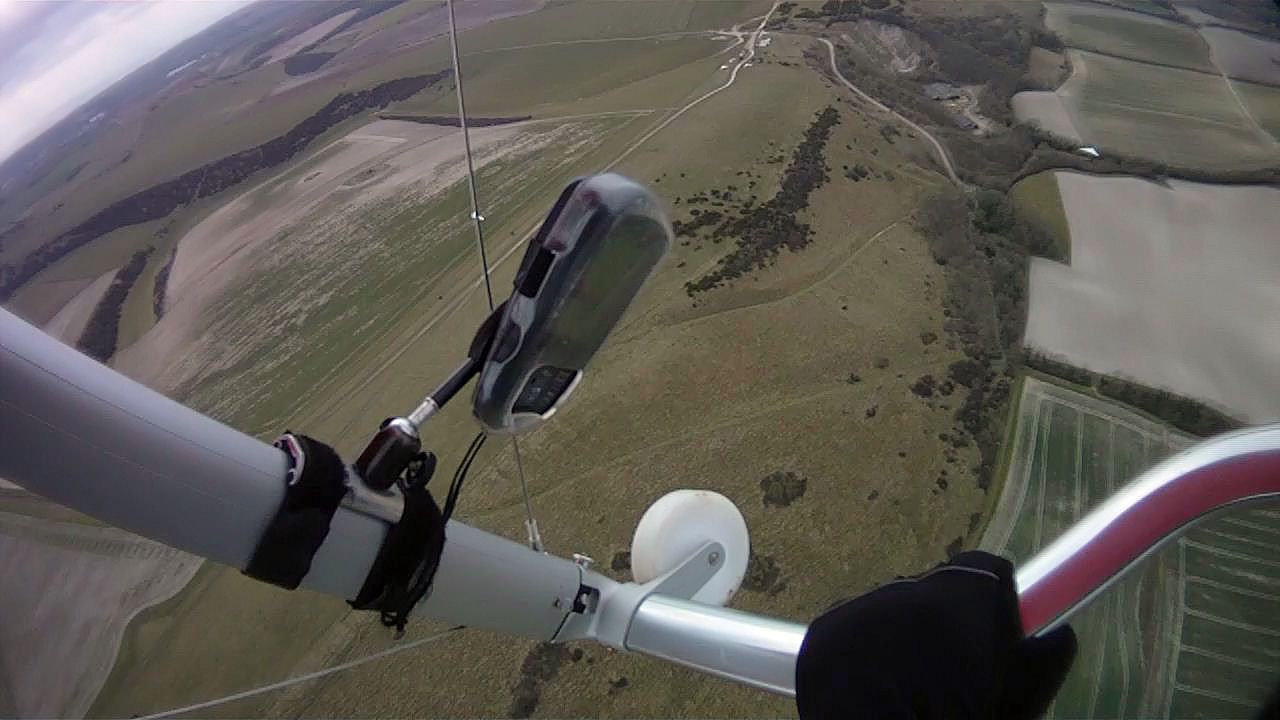 What I hadn't anticipated was the effort and abuse my body undertook lugging my glider back to the hang gliding rigging area - I had definitely damaged something in my back doing this and have to conclude, the Wills Wing U2 is a bit more of a handful to ground handle compared to my previous hang glider, the AirBorne Sting 3.

As I packed up my glider and departed I noticed Maciej was still in the air - wow; that was some flight; he must have been up there for in excess of 3 hours! Respect - it's not going to take long to get those first 10 hours at that rate! 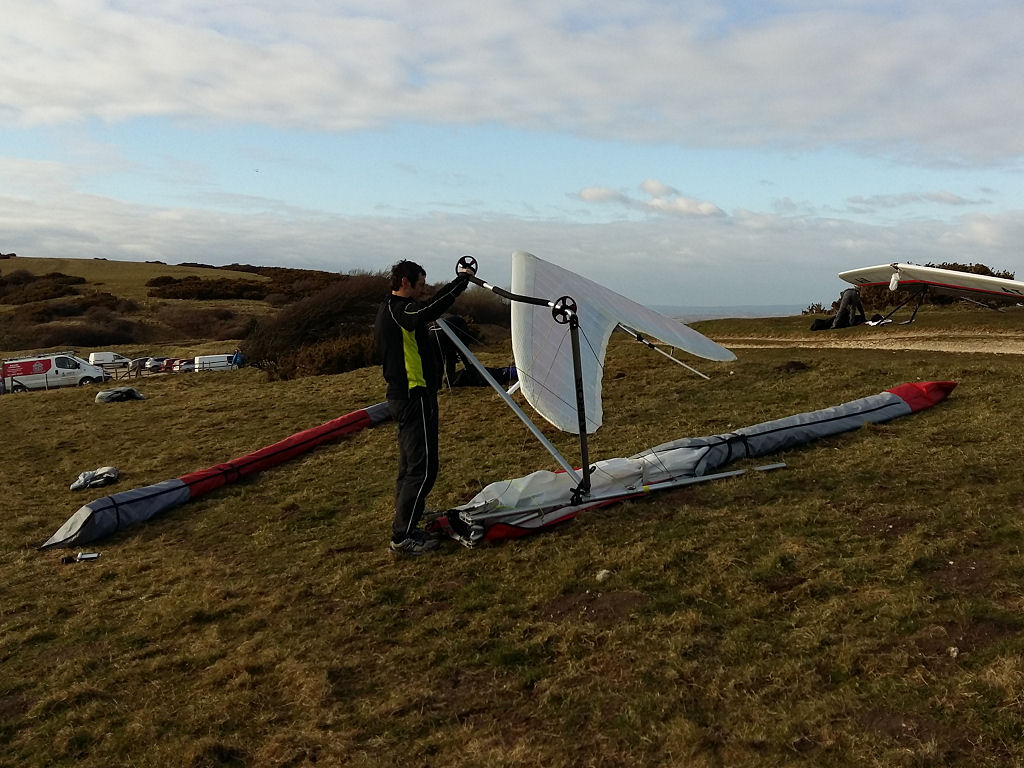 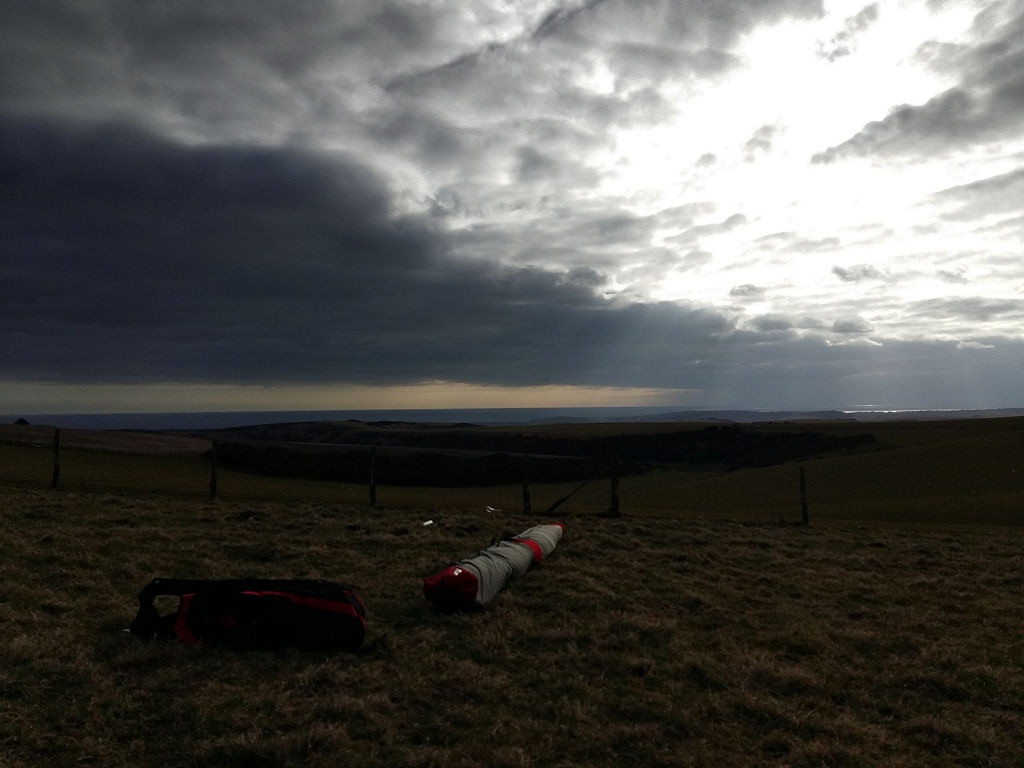